Area riservata
The collapse of the Lungarno Torrigiani – Florence

The collapse of the Lungarno Torrigiani – Florence

What happened in the morning of that Wednesday?

A section of the embankment of the River Arno in central Florence collapsed, sending part of the road and at least 20 parked cars into a newly formed ditch.

According to the firefighters the cause of the subsidence was the breaking of a large water pipe (about 80 centimeters in diameter) of the aqueduct; the water leaking from the pipe has caused the leaching of the ground and the erosion. 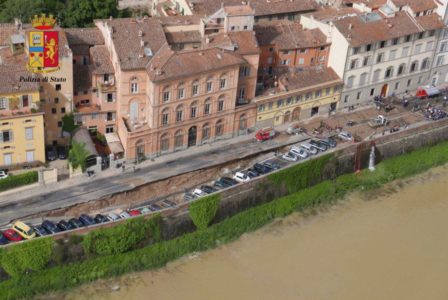 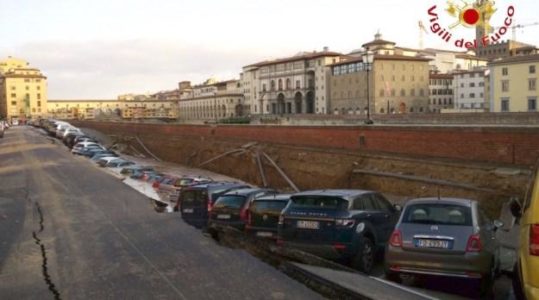 As you can see from the photos above, the situation was serious and difficult and there were considerable damages. At first, the emergency led to the interruption of the road traffic, the absence of water in a part of the city (a situation that compromises the functioning of schools and services) and finally the disposal of the cars that were involved in the collapse of the roadway.

Solved these first initial problems we had to think about the reconstruction of the collapsed section of the Lungarno.

First of all it was necessary to monitor the bank of the Arno to prevent any disruption caused by the failure of the road surface. But there was a problem: on the side of the river where the chasm had formed, it was difficult to obtain a source of electricity to use mechanical crackmeters.

The problem was solved using our IoT structural health monitoring solution. It is composed by a range of smart sensors and an intuitive application, accessible remotely via PC, smartphone or tablet. The sensors – displacement, inclination, humidity and temperature – are connected directly to the Internet. The data acquired is processed in real time into information that is easy to analyse/reuse and is available immediately on the web page of your application.

So thanks to our smart solution , we were able to rapidly provide data – conveniently accessible online – than was achievable via mechanical crackmeters.

The smart structural monitoring is one of the most important activities performed to check and assess the health of a structure. So through structural health monitoring, it was possible to obtain indications on the current state of the embankment of the Arno and on the possible evolution of its behavior, to prevent or control further structural failures and to ensure the safety of people and buildings close to it.

Image 5. Arno’s embankment after reconstruction (photo from the web)

Monitoring of the Church of the Sacred Heart at Romito - Florence 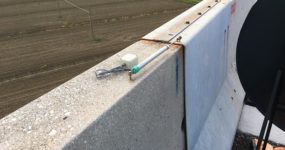 Monitoring of an overpass in highway Genova - Rosignano Marittimo 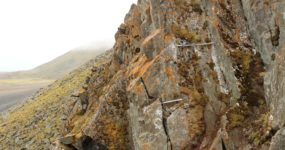